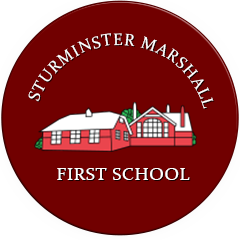 Sturminster Marshall First School is committed to being a fully inclusive school and, in line with our Behaviour Policy, will always explore every possible option for managing the behaviour of pupils before resorting to exclusion. Exclusion will take place as a result of a serious breach of discipline which has arisen at school. Only the Headteacher has the right to exclude a pupil. Exclusion will be enforced when other pupils or members of staff are deemed to be seriously affected by that pupil’s presence in school.

When a child is excluded from school it is expected that the parents/carers will support the school in its decision and, according to recent legislation, the child must not be found in a public place during the exclusion period or parents may be subject to a fixed penalty notice.

For between 1 and 15 days depending on the seriousness of the offence.

The parents/carers will be informed in the letter, that they may make representations about the exclusion to the Discipline Committee of the Governing Body. Parents/carers have the right to attend an exclusion meeting with governors and the letter will tell parents/carers who to contact and will invite them to write asking for a meeting.

If parents/carers reply saying they wish to meet with the Governors a meeting will be set up preferably on the day the pupil returns to school. They may bring a representative to the meeting to support them. The purpose of this meeting is to explore the support that the school and the parents/carers need to give the child to help improve his/her behaviour and for the parents/carers to raise any concerns with the governors. The Governors are not able to overturn any exclusion of less than six school days and are not actually required to sit to consider an exclusion of this length.

The clerk of the Discipline Committee must convene a meeting to consider the exclusion, whether parents/carers request one or not. Parents/carers and the LA Exclusion officer will be informed of the time and date of this meeting. The Governing Body is able to uphold the exclusion or direct reinstatement.

Exclusion from school does not mean exclusion from education. Emphasis is placed on the requirement for parents/carers, schools and governing bodies to ensure that pupils are engaging in education during periods of exclusion. For the first 5 school days of exclusion, parents/carers are legally required to ensure that their child is not present in a public place during school hours without reasonable justification and may be given a fixed penalty notice or prosecuted if they fail to do so. Therefore parents/carers should make arrangements to ensure that adult supervision and an appropriate place to do school work is available. The school will supply appropriate work to be completed during this time.

For fixed period exclusions exceeding 5 school days the school is required to make arrangements for a child to receive appropriate full time provision, generally off site from the 6th school day. The school Governing Body have a duty to ensure this is in place and this will be detailed in the exclusion letter.

The majority of fixed term exclusions are issued for 5 days or less. However should a child be excluded for a longer period it is possible that we may explore alternative educational provision with the Local Authority or a provider of alternative provision. We will involve parents/carers in any discussions regarding changes to their child’s education.

When the excluded pupil returns to school, there will be a‘re-entry’ interview with the pupil and his/her parents/carers, class teacher, Headteacher and, where appropriate, a governor.

Both the school and the parents/carers will agree the support the child needs to help improve his/her behaviour and a Behaviour Plan will be drawn up between the school, the family and the pupil.

The school will inform the parents/carers by telephone that the pupil has been excluded and why, and asked to collect the pupil from the school. The exclusion will be confirmed in writing. The relevant paperwork will be sent to the Chair of Governors and the LA.

From the 6th day of a permanent exclusion responsibility falls to the Local Authority to make appropriate arrangements to provide for the child. The Exclusions Officer or Manager of the local Learning Centre will contact parents/carers directly regarding this. A permanent exclusion means that it is not anticipated that the child will return to that school. During an exclusion of any length it is extremely important that the child does not come onto the school site at any time unless invited to, for example to attend a Discipline Committee meeting.

If a child is permanently excluded from this school, careful consideration is made to ensure that the next educational provision is appropriate to meet the child’s needs. Normally, every effort is made to seek a place for the child in a nearby school or alternatively at one of the five Dorset Learning Centres (also known as Pupil Referral Units). Following a permanent exclusion, the LA will make every attempt to make educational provision which will allow the child to succeed, rather than set up an unrealistic programme where he or she may fail.

The Role of the School’s Governing Body

Once a decision has been made to exclude, parents/carers will be notified immediately by telephone and receive written confirmation within 24 hours.

This meeting will consist of 3 members of the school governing body (who must have had no previous involvement in the child’s discipline history); parents/carers and the Headteacher and, in most cases, the LA Exclusions Officer whose purpose in attending is to ensure that the guidance relating to the exclusion process is adhered to and to advise Governors as to how similar situations have been dealt with in other schools. If parents/carers wish their child to attend they should inform the Clerk prior to the meeting.

Parents/carers may also bring someone to support them; again, the Clerk should be informed prior to the meeting. Parents/carers may wish to submit a written statement to the Clerk who will ensure that it is circulated to all attending, along with any written statement / log of incidents that the Headteacher chooses to circulate prior to the meeting.

It is important that parents/carers attend the Discipline Committee meeting to voice any concerns / views they have regarding the exclusion. However should they feel unable to attend they may submit a written statement requesting that it be placed on their child’s file alongside the exclusion letter. They may do this for any length exclusion.

The Discipline Committee has the power to direct the Headteacher to re-admit the pupil or to uphold the Headteacher’s decision of exclusion. If they decide to reinstate the child, he or she will be re-admitted to the School immediately, unless a planned re-admission programme is set for him or her.

There is no further appeal opportunity for fixed-term exclusions beyond the Discipline Committee. If however parents/carers think the exclusion relates to a disability the child has and think disability discrimination has occurred, they have the right to appeal, and / or make a claim to the SEN and Disability Tribunal (SEND).

The Role of the Independent Review Panel in Permanent Exclusions

If the Governors decide to uphold the Headteacher’s decision to permanently exclude, parents/carers will be given the opportunity to request that an Independent Review Panel considers the exclusion. The panel will be convened by the school. Alternatively if parents/carers disagree with the decision but do not wish for the IRP to sit, they may ask to submit a written statement and supporting paperwork to be placed on the child’s school file.

If parents/carers decide to request a review they should speak to the LA Exclusions Officer immediately as there are specific deadlines governing the process. A written submission (including a completed form) must be received within 15 days from the date of the Discipline Committee’s letter confirming the permanent exclusion. The Independent Review Panel is independent from the Academy and is responsible for hearing the case in its entirety before reaching a decision.

Parents and carers have the right to request that an SEN expert attends the Independent Review Panel to provide impartial advice to the panel on how special educational needs might be relevant to the exclusion. Once all of these procedures have been completed and if the decision is upheld, the child’s name will be removed from the School’s roll and, for pupils of compulsory school age, responsibility falls to the LA to arrange appropriate education.

We do understand that this can be an extremely stressful and worrying time for parents/carers and pupils. It is important that they keep in touch with the LA at all times. Below are some useful contacts:

Link to statutory guidance on exclusions: